This project consisted of the removal of a speed hump made of cobblestones with crosswalk that did not meet the legal requirements and the installation of a new speed bump Ecobam RDV 800/40 if it meets the technical and legal requirements. 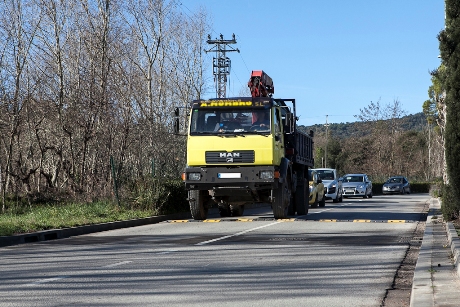 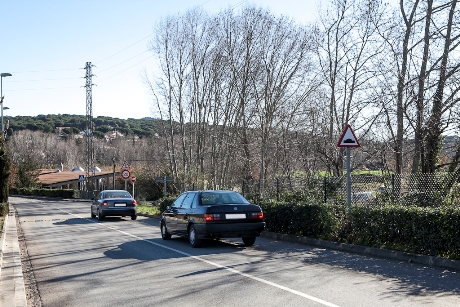 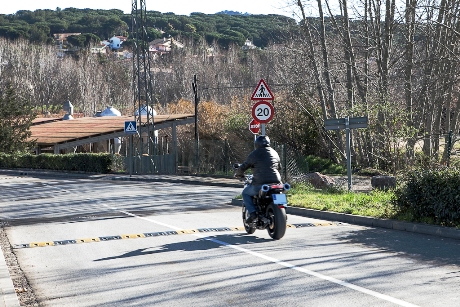 
History
The street where the new speed bump has been installed is Francesc Maspons Avenue. This avenue gives access to school and high schools zones, and also to suburban zones, entertainment zones and commercial areas of the city.

Before the installation of the Speed Bump, there were speed hump with pedestrian crosswalk made of cobblestones. This speed hump did not accomplish legal regulation. The council initiated a reform process to adapt the rules to legal requirements defined in FOM3053/2008, the last compliance moratorium expired in October 2013.

Solution
Speed Bump Ecobam RDV 800/40 with LED illumination system connected to public lighting infrastructure.
Thanks to the ECOBAM RDV lighting, traffic calming is possible. Therefore, it is a very it is a very humid area with regular presence of fog that results in a very poor visibility. With Speed Bump Ecobam’s lighting system, the visibility of the speed bumps and the avenue has been improved increasing the safety of drivers that now are able to adapt their speed to the limits established for this avenue.

Since the installation of the new Speed Bump the council have not received complaints of citizens anymore. Traffic has been calmed and safety of the avenue for drivers and pedestrians has been really improved. Citizens that live near the speed have reported a reduction of noise from vehicles passing over them. Now there are a new request of ECOBAM RDV products for traffic calming in the school zones of town.